Klayman: More Roger Stone BS: He Has No Defense as He Did Not Present One Witness at Trial! If Granted a New Trial He Would Have Been Convicted Again in Any Court! 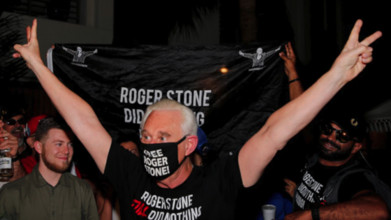 Stone moved to drop his appeal earlier this week. The D.C. Circuit Court of Appeals granted that request on Wednesday.

"Upon consideration of appellant's unopposed motion to dismiss this appeal and the affidavit in support thereof, it is ORDERED that the motion be granted and this case be dismissed," the D.C. Circuit said in an order by deputy clerk Amanda Himes.