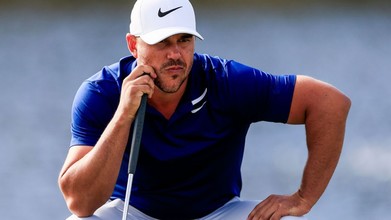 Koepka to miss Cup playoffs, targets U.S. Open
ESPN.com
August 19, 2020
The knee issue that has bothered Brooks Koepka for the better part of a year has caused him to withdraw from the Northern Trust at TPC Boston, ending his 2019-20 season.

The four-time major champion, however, still has designs on playing in the U.S. Open, which begins Sept. 17 and is the second event of the new season, his agent, Blake Smith, said Wednesday.

Koepka is 97th in the FedEx Cup standings and would have needed a high finish to advance to next week's BMW Championship. He'll also miss the Tour Championship, where he tied for third last year.