Klayman: Congrats to My Client and Friend Laura Loomer the Nemesis of Reps. Omar, Tlaib and AOC! 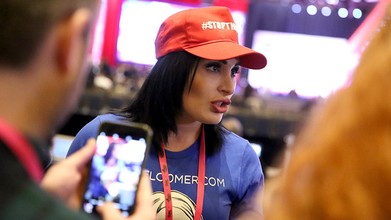 Loomer pulled in front of a crowded field of Republicans to win the nomination in the heavily blue southeast Florida district, according to The Associated Press. She will face off against Rep. Lois Frankel (D), who ran unopposed in 2018 and won with more than 60 percent of the vote in 2016.

Loomer becomes the Republican nominee in a district that includes President Trump's Mar-a-Lago club. The president and first lady Melania Trump are registered voters in Palm Beach Country, and both submitted vote-by-mail ballots for Tuesday's primary.