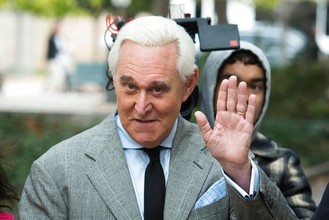 Stone wrote in a statement posted on his website, StoneColdTruth.com, that the decision was in the best interest of his family.

"It is time for me to move on with my life with my family, friends, and supporters. I regret not going forward with the appeal to fully expose all that happened, with the hope that by doing so, I could help prevent it from happening to anyone else ever again; but I had to decide based on what is best for me and my family," Stone wrote. "The political taint that exists in the U.S. District Court in the District of Columbia, from the prosecutors to the judge to the jury pool, is so deep and abiding that the possibility of achieving a just result on the merits is as nonexistent as it was when this process played out the first time."