Klayman: As Predicted: Stone Had No Defense and Was Convicted by His Own Words and Actions: He Did Not Present One Witness at Trial Including Himself! 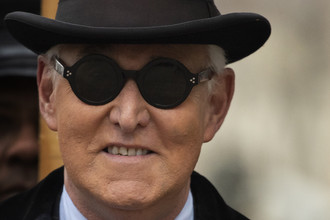 Roger Stone drops appeals of felony convictions
By Josh Gerstein
POLITICO
August 18, 2020
Longtime Trump confidant Roger Stone has unexpectedly dropped the appeal of his seven federal felony convictions for seeking to thwart a House investigation into ties between the Trump campaign and Russia.

Stone's lawyers submitted a notice to the U.S. Court of Appeals for the D.C. Circuit withdrawing the appeal Monday night, about a month after President Donald Trump spared Stone a 40-month prison term and a $20,000 fine by commuting his sentence.

The court submission came less than an hour before a midnight deadline Stone's attorneys faced to file their first brief laying out their grounds for challenging Stone's convictions and seeking a new trial.