Klayman: The NBA With Its Low Life Owners, Coaches and Players Epitomizes the Rot in Society Caused by the Left!
Go to www.FreedomWatchUSA.org to Join and Support Our Leftist Media Strike Force! Share and Donate 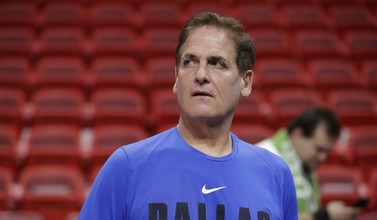 Mark Cuban lashes out with Fox rant after confronted with low ratings for woke NBA era
By Douglas Ernst
The Washington Times
August 16, 2020
Mark Cuban says critics of the NBA's Black Lives Matter activism should focus on Fox News' ratings before the league.

The Dallas Mavericks owner says a 4% dip in ratings for the league has far more to do with Joseph R. Biden's presidential campaign than politicized programming alienating fans.

"Lol. You do realize that was the day @JoeBiden picked @KamalaHarris?" the billionaire tweeted at Fox Sports Radio's Clay Travis on Thursday. "Nothing makes a Fox News viewer want to get lied to more."