Klayman: This Is a Twisted Analysis of the Constitutional Requirement to Be a Natural Born Citizen to Be Eligible to Be President or Vice President! This Leftist Author Is a Liar! 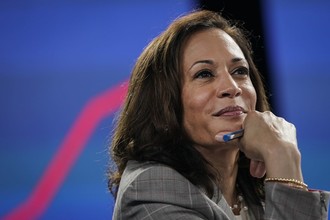 Kamala Harris Is Eligible to Be VP. Shout It From the Roof.
By Noah Feldman
Bloomberg.com
August 15, 2020
The theory that Kamala Harris is ineligible to be vice president because her parents were not U.S. citizens is xenophobic and false. But it's not exactly the same as the birther conspiracy theory that said President Barack Obama wasn't born in the United States at all.

Birtherism was a conspiracy theory based on a factual lie. Even debunking that kind of theory can be a bad idea because it tends to help the falsehood reach more people — some of whom then believe the lie.

The anti-Harris theory, in contrast, is based on a fringe constitutional claim about the meaning of the words of the 14th Amendment. When it comes to constitutional claims, even extreme ones, it's important to explain why they are wrong in order to refute them.