Klayman: No Surprise: The Elites of the DC Swamp -- Both Democrats and Republicans on the Federal Bench -- Scratch Each Others Backs! It's a Protection Racket!
Go to www.FreedomWatchUSA.org and Support Our Citizens Grand Juries and Join Our Justice League! 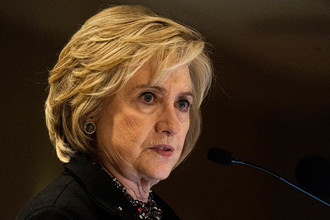 The D.C. Circuit Court of Appeals ruled, 3-0, that the conservative group Judicial Watch was not entitled to depose Clinton in connection with an 8-year-old Freedom of Information Act lawsuit seeking records of details about information national security adviser Susan Rice discussed during interviews in 2012 about the deadly attack on U.S. facilities in Benghazi, Libya.