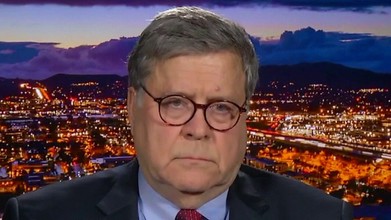 Barr said that the development would not be "earth-shattering," but would be "an indication that things are moving along at the proper pace as dictated by the facts in this investigation."

"There are two different things going on, Sean," Barr said. "I said the American people need to know what actually happened, we need to get the story of what happened in 2016 and '17 out. That will be done.