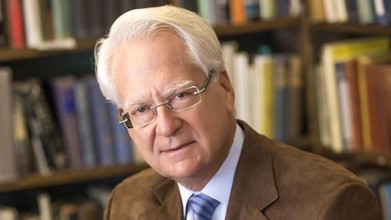 The Hollywood Reporter
August 13, 2020
Conservative crusader Larry Klayman is suing various entities — from CNN to Sacha Baron Cohen — on behalf of clients like Joe Arpaio and Roy Moore who say they've been harmed by the irresponsibility of the press.

Larry Klayman has been called a right-wing activist by Wikipedia, a conspiracy theorist by Politico and a pathologically litigious attorney and professional gadfly by the Southern Poverty Law Center. They're meant as pejoratives, but the former U.S. Department of Justice prosecutor has no problem with the descriptors.

The 67-year-old attorney has filed countless lawsuits against politicians through Freedom Watch and, before that, Judicial Watch (a name Klayman copied from the West Wing character Harry Claypool, who's reportedly based on him) — and now he has the media in his crosshairs.