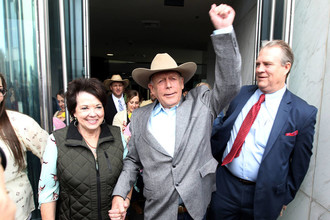 By David Ferrara
Las Vegas Review-Journal
August 7, 2020
A federal appeals court on Thursday upheld a decision to throw out felony conspiracy and weapons charges against Bunkerville rancher Cliven Bundy, two of his sons and another man.

Before U.S. District Judge Gloria Navarro's January 2018 dismissal, which the government appealed, she found that the federal government improperly withheld evidence. Prosecutors had willfully withheld video surveillance, maps and FBI interview information in violation of due process required by the U.S. Constitution, the judge found.

A three-judge panel of the 9th U.S. Circuit Court of Appeals agreed.