Klayman: Predictable. Omar Gets Free Pass Because She Is Muslim! Freedom Watch Has Had Its DHS Complaint Pending for Several Years. Another Example of Worthless DOJ! Omar Will Be Prosecuted by Freedom Watch Citizen Grand Juries! 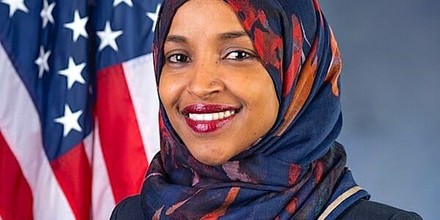 DHS insider spills beans on Ilhan Omar criminal charges for marrying brother
By Leo Hohmann
WND
August 6, 2020
Federal investigators have decided not to prosecute Rep. Ilhan Omar, D-Minn., for immigration fraud despite the publicly available evidence that she married her brother to gain him lawful status to remain in the United States.

The news that two separate federal agencies have declined to pursue charges against Omar after a months-long probe came from a veteran insider at the Department of Homeland Security.

The case was investigated by the FBI and involved at least one other agency, but the U.S. Attorney in Minnesota, Erica MacDonald, has decided not to prosecute.