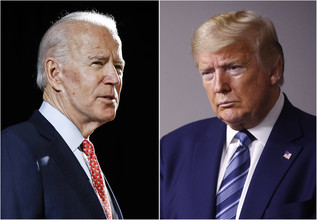 Allan Lichtman, an author and history professor at American University, revealed his prediction in an op-ed video for The New York Times published Wednesday.

Lichtman's predictive method — which puts him squarely in the minority of analysts who were right in calling Trump's win — largely ignores the detailed cross-tab polling analyses and swing state bean counting that are often prioritized in modern political punditry.