Klayman: Roberts Is More Than a Disappointment: He Is Dishonest and Compromised by the Deep State!
Go to www.FreedomWatchUSA.org to Support Our Judicial Selection Strike Force. Also Donate and Share! 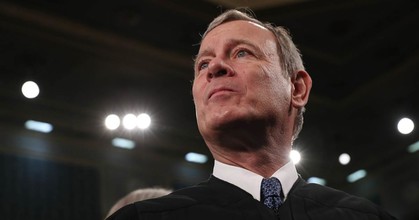 "We have great respect for the institution of the Supreme Court of the United States, but Chief Justice John Roberts has been a disappointment to conservatives whether it be the Obamacare decision or whether it be a spate of recent decisions," Pence said in an interview with Christian Broadcasting Network's David Brody, who released a clip of this portion of the interview Wednesday night.

The vice president specifically criticized Roberts for siding with the high court's liberals in striking down a restrictive abortion law in Louisiana. Pence noted that the law required doctors working in abortion clinics "to have admitting privileges at local hospitals."