Klayman: Beware President Trump as The "Wicked Witch" Will Try to Put a Spell on You and Your Family!
Go to www.FreedomWatchUSA.org and Support Our Citizens Grand Juries and Join Our Justice League! 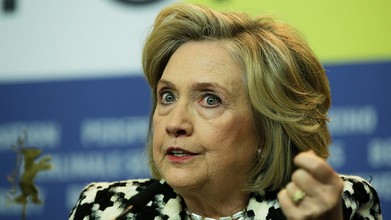 Hillary Clinton warns 'Republican sabotage' of USPS could be 'Trump strategy' for 2020 election
By Joseph Wulfsohn
Fox News
August 4, 2020
Hillary Clinton speculated that "sabotage" of the United States Postal Service (USPS) could become the "Trump strategy" in aiding his reelection victory in November.

President Trump has repeatedly railed against mail-in voting, warning of voter fraud and delayed results for the November 3 election against Joe Biden, although he reversed himself on Tuesday with his tweet endorsing mail-in voting for Florida residents.

On Tuesday, Clinton shared a Philadelphia Inquirer article -- which details residents' frustrations over mail delays and USPS staffing cuts -- and warned that the problems in Philadelphia could become the entire country's problem under "Republican" watch.