Klayman: More Witch Hunts but This Shows Why the President Should Not Be Associated With Persons Like Michael Cohen, Paul Manafort and Roger Stone for His Own Benefit! 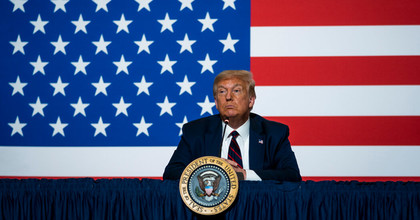 D.A. Is Investigating Trump and His Company Over Fraud, Filing Suggests
By William K. Rashbaum and Benjamin Weiser
New York Times
August 3, 2020
The Manhattan district attorney's office suggested on Monday that it has been investigating President Trump and his company for possible bank and insurance fraud, a significantly broader inquiry than the prosecutors have acknowledged in the past.

The suggestion by the office of the district attorney, Cyrus R. Vance Jr., came in a new federal court filing arguing that Mr. Trump's accountants should have to comply with a subpoena seeking eight years of his personal and corporate tax returns. Mr. Trump had asked a judge to declare the subpoena invalid.

Until now, the district attorney's inquiry had appeared largely focused on hush-money payments made in the run-up to the 2016 presidential election to two women who said they had affairs with Mr. Trump.