Klayman: LeBron and Kap Are Now Both National Disgraces! 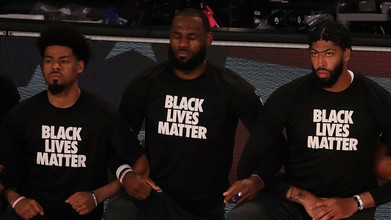 It was the first protest during the national anthem since Mahmoud Abdul-Rauf refused to stand for "The Star-Spangled Banner" in the 1990s, when he played for the Denver Nuggets.

In kneeling, the players followed a precedent set by free agent NFL quarterback Colin Kaepernick, who started a firestorm in 2016 when he sat and knelt during the national anthem.