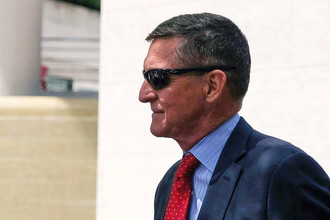 The ruling is a blow to the retired Army lieutenant general and the Justice Department, which has asked the trial judge to drop the charge.

Flynn pleaded guilty in late 2017 to lying to FBI agents about his conversations with a Russian diplomat in the weeks before the inauguration of President Donald Trump.