Klayman: The SPLC Is a Hate Group Itself Against People of Faith and Conservatives: Disgraceful! 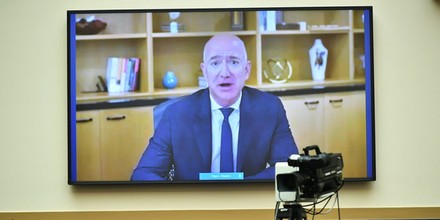 Jeff Bezos hinted Amazon might split from the SPLC over designation of extremist groups after pressure from a GOP lawmaker
By Avery Hartmans
Business Insider
July 30, 2020
Rep. Matt Gaetz pushed Bezos on the company's Amazon Smile program, which allows customers to designate charities they'd like to support. Amazon will donate a portion of some of their sales to that organization.

The company relies on the U.S. Office of Foreign Assets Control and the Southern Poverty Law Center to determine any charities that are ineligible for Amazon Smile, which includes groups that promote hate, terrorism, intolerance, or violence.

Gaetz mentioned a handful of groups such as Catholic Family News, American Family Association, and Jewish Defense League that are flagged by the SPLC and therefore not eligible to participate in Amazon Smile, and Bezos responded that it's "an imperfect system" and said Amazon would "like suggestions on better or additional sources" to guide the program.