Klayman: This Jewish Pro Golfer Is One of the Few Sports Figures Who Have Any Guts: Good for Richy! 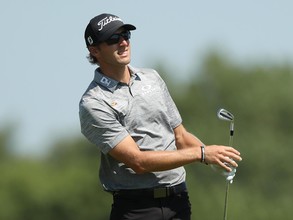 The death of Floyd, a black American who was killed when a white police officer knelt on his neck for nearly nine minutes, led to worldwide protests in support of the 'Black Lives Matter' anti-racism movement.

'Black Lives Matter' rallies have addressed the disproportionate number of deaths by black citizens at the hands of white police officers.