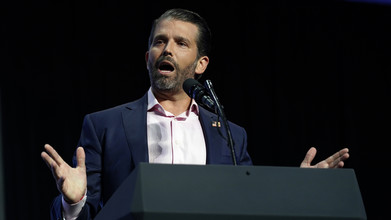 The news emerged after a person close to Trump Jr. — Republican political strategist Andrew Surabian — posted a screenshot showing what appeared to be a message to Trump Jr. alerting him of a temporary limit on his account based on the company's policy on spreading misinformation on COVID-19.

The message said the president's eldest son wouldn't be able to tweet or follow new accounts until the restrictions were lifted. However, Trump Jr. did retain his ability to send direct messages to his followers, the message said.