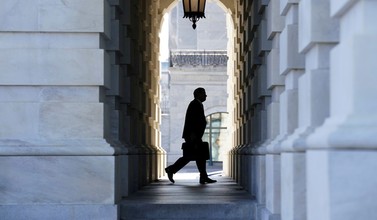 Conservative Justices Declined to Take Up Second Amendment Case after Roberts Signaled He Would Side with Liberals: Report | National Review
National Review
July 28, 2020
Justice Brett Kavanaugh penned an unsigned opinion that was overseen by Roberts for that case in which six justices agreed that the case should be relegated to the lower court. In a separate statement that Kavanaugh signed, he said that the Supreme Court should address "soon" the issue of varying interpretations of the Second Amendment.

Roberts became a frequent deciding vote on the Supreme Court after Justice Anthony Kennedy retired in 2018. Since then, the chief justice has voted frequently with the Court's four liberal justices and most recently cast the decisive vote last month to block the Trump administration from ending the Obama-era Deferred Action for Childhood Arrivals program, which prevents immigrants who were brought to the U.S. illegally as children from being deported.