Fauci Responds to Trump Tweet: 'I Have Not Been Misleading the American Public Under Any Circumstances' 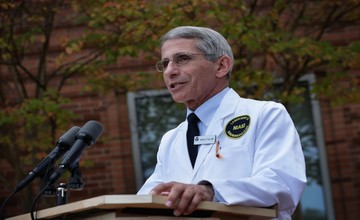 By Zack Budryk
TheHill
July 28, 2020
Anthony Fauci, the nation's top infectious diseases expert, said early Tuesday that he had not misled Americans "under any circumstances" after President Trump suggested that he had.

Trump has also called Fauci "a little bit of an alarmist," but both men have said their relationship remains "very good."