Klayman: Good for This Patriotic Golfer! 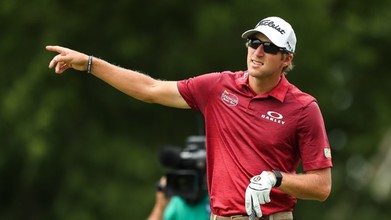 Richy Werenski wears 'Blue Lives Matter' wristband at 3M Open outside Minneapolis
Golfweek
July 26, 2020
Richy Werenski's return to the PGA Tour after injuring his wrist in 2019 has been one of the better stories in the golf world.

The native of Springfield, Massachusetts, has made all four cuts since golf returned from its lengthy pandemic break, and Werenski's rise reached a crescendo in Blaine, Minnesota, this week as he was in the final pairing on Sunday for the 3M Open.

Werenski made an interesting statement, however, when he chose to wear a "Blue Lives Matter" wristband this week at TPC Twin Cities, just miles from where George Floyd's death sparked a national Black Lives Matter movement.