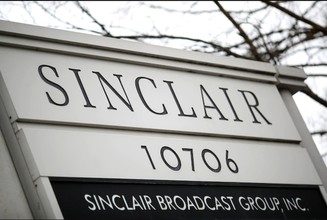 Washington Post
July 26, 2020
After facing intense scrutiny for planning to air a baseless conspiracy theory that infectious-disease expert Anthony S. Fauci helped to create the coronavirus, conservative TV broadcaster Sinclair Broadcast Group announced Saturday that it will delay the segment to edit the context of the claims.

Sinclair, which has 191 stations across the country, received backlash this week after "America This Week" host Eric Bolling interviewed Judy Mikovits, a former medical researcher featured in the debunked "Plandemic" conspiracy online film.