Klayman: Roberts Is Being Blackmailed by the Deep Intel State: He Wants to Keep His Closeted Secrets Buried!
Go to www.FreedomWatchUSA.org to Support Our Judicial Selection Strike Force. Also Donate and Share! 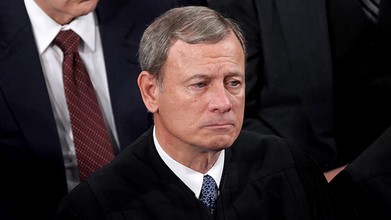 John Roberts has abandoned his oath.

But, on the upside, maybe Nevada churches should set up craps tables? Then they could open? https://t.co/6pWoOwg9ts — Ted Cruz (@tedcruz) July 25, 2020