Yes, Whites Can Also Be Victims of Racism
Larry Klayman notes the ideology of Louis Farrakhan has become mainstream leftism 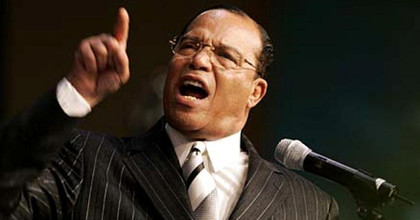 By Larry Klayman
WND
July 24, 2020
The current mood in the nation is that only minorities can be the victims of racism. This is not only false, but the recent rioting, looting, burning of private and federal property, maiming and killing have been primarily targeted against people of the Caucasian race. Just see what happened in Beverly Hills, California, a week or so ago, when radicals occupied neighborhoods, proudly wearing T-shirts threatening to "Eat the Rich" — who, it comes as no surprise, in Hollywood are mostly white. In fact, some black radicals and their white radical leftist allies have even claimed that whites are inherently racist, that is, born with a "racist gene." Thus, any attacks on whites are fully justified, and this payback is simply normal in the world of the extreme left.