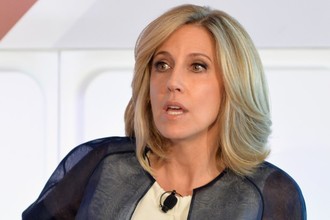 By Lindsey Ellefson
TheWrap
July 22, 2020
CNN's Alisyn Camerota reacted Tuesday to the latest lawsuit filed against her former employer, Fox News, accusing one host of rape and others of sexual assault, calling the network "rotten to the core."

Speaking to senior media correspondent Brian Stelter, the "New Day" anchor asked if she could amend a statement she made four years ago, during a different conversation on accused sexual misconduct at the company.

"I remember four years ago, back in 2016, when you interviewed me about things that went on with Roger Ailes and you asked me then, 'God, is Fox just rotten to the core?' and I said something like, 'No, it's not rotten to the core. There are good people there just trying to do their jobs.' I'd like to amend my answer now if I may," she said.