Klayman: What About White and Other Women and Men! Discrimination at Its Worst! 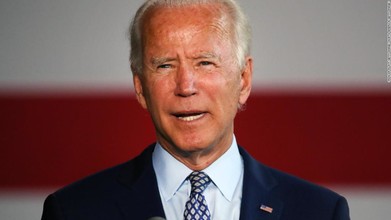 "I am not committed to naming any (of the potential candidates), but the people I've named, and among them there are four Black women," Biden told MSNBC's Joy Reid on "The ReidOut."

He said he is getting a "two-hour vetting report" on each of his potential picks, and that he and his team have gone through "about four candidates" so far. "Then, when I get all the vetting done of all the candidates, then I'm going to narrow the list, and then we'll see. And then I'm going to have personal discussions with each of the candidates who are left and make a decision," Biden said.