Klayman: Garcetti Is on the Verge With Gov. Newsom of Being Thrown Out of Office Along With All Politicians of Similar Ilk! 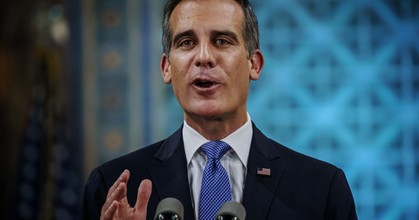 Speaking on CNN, Garcetti was asked about a Los Angeles Times editorial that criticized the rapid reopening of California, which was followed by a major surge in both new COVID-19 cases and hospitalizations.

"I think a lot of people don't understand, mayors often have no control what opens up and doesn't — that's either at a state or county level," Garcetti said. "And I do agree that those things happened too quickly."