Klayman: Duke's Academic Integrity and Excellence Continues to Be Damaged by Its "Professional" Basketball Program! 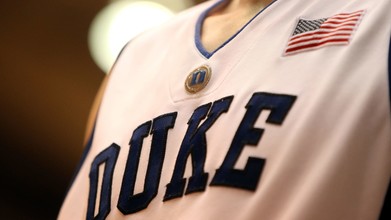 Three Duke basketball players most likely to leave early next year
By Matt Giles
Ball Durham
July 17, 2020
Goodbyes to Duke basketball stars with eligibility remaining, well, those are never easy. But such farewells have become the norm for the numb-to-it fanbase.

And though the number of early departures next spring certainly could fall below the program's average of 3.75 per year since 2017, it's also conceivable that the number could break the current program record of four in a year (three times: 2017, 2018, 2019). Most probable, though, seems to be that the number will match that of the skedaddled NBA-bound Dukies this year: Tre Jones, Vernon Carey Jr., and Cassius Stanley.

However, if the number is indeed to be three, then the exact makeup of that trio is a little less clear at this time than in most recent years. Nevertheless, Mike Krzyzewski and his staff have made it so that a significant aspect of the Duke fan experience these days is to tirelessly forecast future needs by projecting one-and-dones, two-and-dones, and transfers before seasons ever begin.