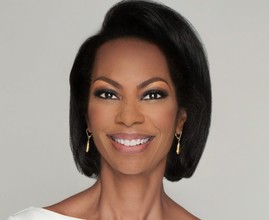 A viewer had slipped into her direct messages on Twitter with an unpleasant remark, and McCain, who says she is prone to react to such things, learned a different strategy from Faulkner, with whom she appeared regularly on the Fox News early-afternoon program "Outnumbered." The advice? "You've got to give people like that honey," she recalls. If you're going to respond, give that person something other than what they served you.

"I'm very impulsive," acknowledges McCain, who speaks out regularly on the current panel at ABC's "The View." Faulkner, however, "is very cool under pressure," she says. "She's still water."