Trump Calls for 'New Justices' on Supreme Court, as Conservatives Rage at Roberts 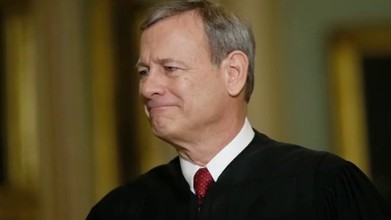 By Adam Shaw
Fox News
June 18, 2020
President Trump, in the wake of Thursday's defeat at the Supreme Court in his efforts to repeal the Obama-era Deferred Action for Childhood Arrivals (DACA) program, called for new justices as conservatives took aim at Chief Justice John Roberts for what they called a "pattern" of siding with the liberal wing in key decisions.

"The recent Supreme Court decisions, not only on DACA, Sanctuary Cities, Census, and others, tell you only one thing, we need NEW JUSTICES of the Supreme Court. If the Radical Left Democrats assume power, your Second Amendment, Right to Life, Secure Borders, and ... Religious Liberty, among many other things, are OVER and GONE!" he tweeted.

He went on to promise that he will release a "new list of Conservative Supreme Court Justice nominees, which may include some, or many of those already on the list, by September 1, 2020."