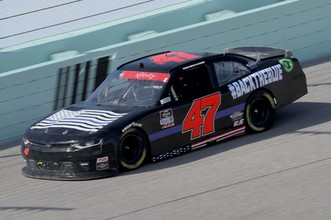 Yahoo News
June 14, 2020
The move came just days after Bubba Wallace, the sports' only black driver, ran a Black Lives matter paint scheme. NASCAR banned the use of Confederate flags at races this week, too, in the wake of George Floyd's death in Minneapolis police custody and the massive protests that have followed ever since.

The "#BackTheBlue" car doesn't explicitly say Blue Lives Matter on it, nor did his team say it was a direct response to Wallace's car, but that connection is an easy one to make.