Klayman: And Colin Powell Has Drifted Away From Objectivity!
Go to www.FreedomWatchUSA.org to Join and Support Our Leftist Media Strike Force! Share and Donate 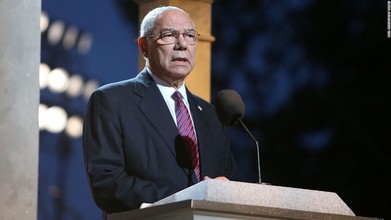 The comments from Powell, the first African American secretary of state and chairman of the Joint Chiefs of Staff, add to a growing list of rebukes made in recent days by former top officials who have expressed discontent with Trump's strongman approach to the protests sparked by the death of Floyd, a black man who was killed in late May by a white police officer in Minneapolis.