Klayman: While DOJ Does Nothing Freedom Watch Sued Antifa! 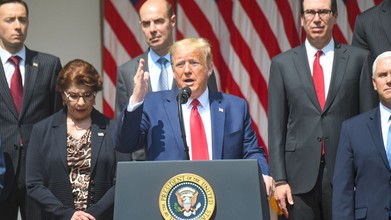 A 'misclassification error' made the May unemployment rate look better than it is. Here's what happened.
By Heather Long
Washington Post
June 6, 2020
When the U.S. government's official jobs report for May came out on Friday, it included a note at the bottom saying there had been a major "error" indicating that the unemployment rate likely should be higher than the widely reported 13.3 percent rate.

The Bureau of Labor Statistics, the agency that puts out the monthly jobs reports, said it was working to fix the problem.