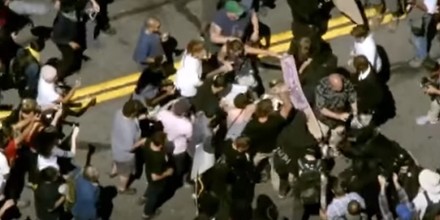 By WND Staff
WND
June 4, 2020
Antifa suddenly is in the news again, with the federal government investigating the far-left militant movement's role in the violence that has engulfed the protests over the death in police custody of George Floyd in Minneapolis.

A hearing has been scheduled before the 9th U.S. Circuit Court of Appeals next week in a lawsuit filed by a woman who was assaulted in 2017 when media personality and political commentator Milo Yiannopoulos was scheduled to speak on the campus of the University of California at Berkeley.