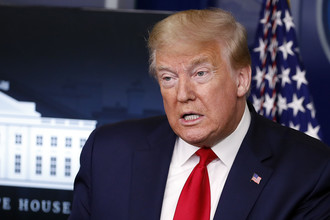 By Josh Gerstein
POLITICO
May 27, 2020
A ruling that emerged from a powerful federal appeals court in Washington on Wednesday morning is strong evidence that the courts are unlikely to be receptive to President Donald Trump's claims that he and his political supporters are being silenced by social media platforms like Twitter.