Trump's Judge Appointees a Success? Think Again!
Larry Klayman has low marks for jurists he has encountered in court 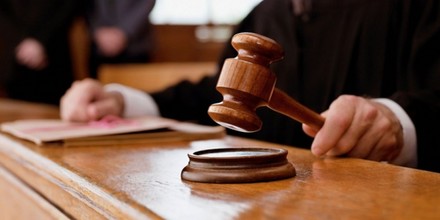 By Larry Klayman
WND
May 22, 2020
Among the campaign promises of Donald J. Trump during the 2016 election that yours truly considered to be particularly important, if not compelling, was his commitment to appoint independent-minded federal judges that would obey the Constitution and the rule of law generally. Under Presidents Clinton, George W. Bush and his dad before him, George H.W. Bush, and of course Obama, the nation experienced highly politicized jurists on the federal bench who, depending whatever politically or socially charged issues were before them, I could gauge with almost exact certainty how they would rule.

Indeed, President Trump was completely correct when he shot back at our swamp-infected Chief Justice John Roberts, who disingenuously denied there are partisan judges. This happened after an ultra-leftist federal judge on the U.S. District Court for the Northern District of California, Jon Tigar, a Berkeley Law School graduate and a chip off the old block of his father, the self-styled and proud communist leftist public advocate Michael Tigar, preliminarily enjoined a Trump executive order with regard to political asylum for illegal aliens. Trump then complained, asking what else could one expect of an Obama judge.