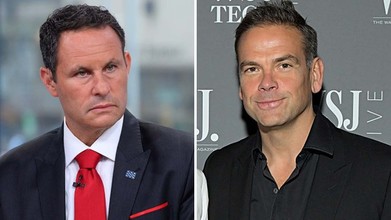 Fox News' Brian Kilmeade Lauds Lachlan Murdoch: "He Really Understands What's Going On"
The Hollywood Reporter
May 16, 2020
"Lachlan is a fantastic guy," the 'Fox & Friends' host said. "I've had more interaction with him than I had with Roger Ailes in 20 years."

"Lachlan is a fantastic guy," Kilmeade said. "I've had more interaction with him than I had with Roger Ailes in 20 years. And, I've never seen a guy who cares more about just how you're doing at the highest level than Lachlan."