Klayman: Comments by Obama Show Why He Was the Second Most Corrupt President in My Lifetime: First Was Clinton!
Go to www.FreedomWatchUSA.org and Support Our Citizens Grand Juries and Join Our Justice League! 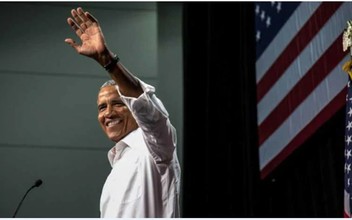 What Barack Obama Said About Trump's Handling Of COVID-19 In Leaked Call
NDTV.com
May 9, 2020
Former president Barack Obama has launched a scathing attack on Donald Trump's handling of the coronavirus pandemic, calling it an "absolute chaotic disaster."

In a leaked web call Friday night with former members of his administration, Obama also said the Justice Department's decision to drop charges against Michael Flynn, the former Trump national security adviser who pleaded guilty to lying to the FBI in the Russia probe, endangers the rule of law in the US.

In the audio, first obtained by Yahoo News, Obama urges former staffers to join him in rallying behind Joe Biden as he prepares to take on Trump in the November presidential election.