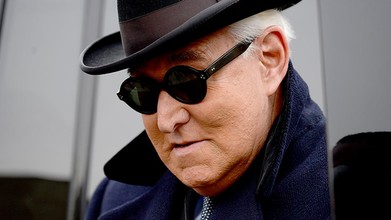 By Tal Axelrod
TheHill
April 29, 2020
New documents from the FBI made public Tuesday showed that Roger Stone, a longtime GOP operative and associate of President Trump, was in contact with WikiLeaks founder Julian Assange.

The new trove of documents highlights the extent to which Stone and Assange communicated during the 2016 campaign, in part regarding damaging information Assange's anti-secrecy site published about then-Democratic nominee Hillary Clinton's presidential campaign.

In exchanges released by the FBI, Stone and Assange discussed the origin of the information on Clinton, which U.S. officials believe was hacked by Russians and handed to WikiLeaks.