President Trump Warns Americans That Fox News Is "On a Bad Path"
Go to www.FreedomWatchUSA.org to Join and Support Our Leftist Media Strike Force! Share and Donate 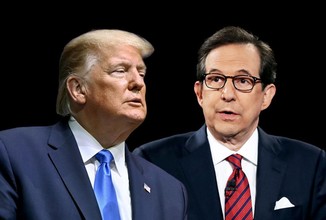 By Roger Sollenberger
Salon
April 21, 2020
President Donald Trump publicly feuded with one of his political rivals and one of his most loyal boosters in the same tweet, smearing Speaker of the House Nancy Pelosi, D-Calif., as "dumb" before pivoting to attack Fox News for being on a "bad path."

"Nervous Nancy is an inherently 'dumb' person. She wasted all of her time on the Impeachment Hoax. She will be overthrown, either by inside or out, just like her last time as 'Speaker.' Wallace & @FoxNews are on a bad path, watch!" the president tweeted this weekend.

During her appearance on Fox News Sunday, Pelosi asserted that Congress was on a "very good path" under her leadership. She also told host Chris Wallace that Trump was "a weak leader," who shirks responsibility.