Klayman Discusses Class Action and Criminal COVID-19 Complaints vs. ChiComs!
Go to www.FreedomWatchUSA.org to Sign Up for and Support Cases

FREEDOM WATCH SUING CHINA FOR $20T
"America This Week" with Eric Bolling
April 18, 2020
Larry Klayman already has nearly 1,000 plaintiffs in his lawsuit against China which alleges the government created and released the coronavirus as a biological weapon.

"We're asking for $20 trillion-plus in damages for everything that been done to the U.S.," Klayman said. "Why should the American taxpayer have to pay for this?... The communist Chinese need to pay."

The lawsuit filed in the Northern District Court of Texas claims that China violated its international treaty obligations by developing a biological weapon and either intentionally deploying it or failing to contain it at the Wuhan Institute of Virology. 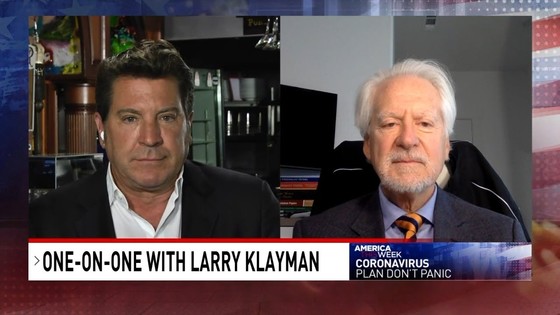