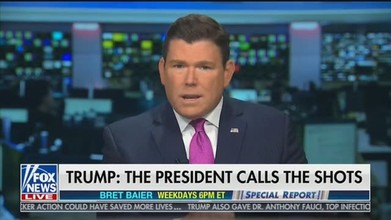 During an unhinged coronavirus briefing on Monday, the president insisted that he had absolute power when it comes to states' social-distancing guidelines, claiming that he has authority over governors to decide when states should reopen amid the pandemic. Despite legal experts rebutting his assertion, the president doubled down on Tuesday and likened Democratic governors to mutineers.