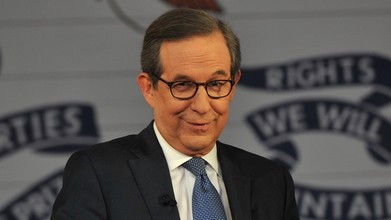 "I am now convinced that he is even worse than Sleepy Eyes Chuck Todd of Meet the Press(please!), or the people over at Deface the Nation," Trump tweeted as he compared Wallace to the other Sunday morning hosts he frequently derides. "What the hell is happening to @FoxNews. It's a whole new ballgame over there!"