Klayman: Where Is DOJ on COVID-19 Crimes by Chicom Leadership? Join Class Action!
Go to www.FreedomWatchUSA.org to Join and Support Our Class-Action Suit! Share and Donate 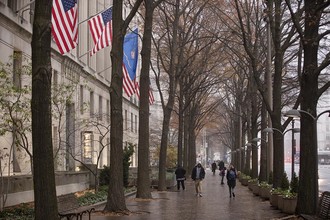 Inside DOJ's Nationwide Effort to Take on China
By Betsy Woodruff Swan
POLITICO
April 7, 2020
The leadership of the Justice Department has put a bull's-eye on the Chinese government, pushing prosecutors across the country to focus on investigations of Chinese state-backed efforts to steal intellectual property. The work involves investigations into American academics and work with U.S. universities, and department officials say their nationwide undertaking isn't slowing it down.

The department's targets range from Chinese military officers to American college professors — evidence, its leadership says, that the Chinese government is targeting every sector of American public life. The Chinese government has denied allegations of state-sponsored theft, according to media reports, and its embassy in Washington did not respond to POLITICO's requests for comment on this story.

In an interview with POLITICO, John Demers — the Justice Department's assistant attorney general for national security — said DOJ headquarters wants each of the country's 94 U.S. attorney's districts to bring cases as part of the work.