The Virus: What Did the Deep State Know, and When Did They Know It? - Wnd
Larry Klayman advises other nations on holding the Chicoms accountable 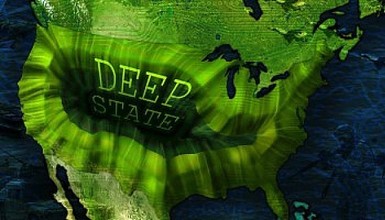 By Larry Klayman
WND
April 3, 2020
As the old adage goes, talk is cheap! And that is exactly what we mostly hear during these trying times when it comes to holding the People's Republic of China, aka "the Chicoms," legally accountable for the human tragedy it has unleased on this nation and the world as a result of the coronavirus and the disease it causes: COVID-19. Even President Donald Trump, a man of action, has only praised President Xi of Communist China, while at the same time signing a budget-busting unprecedented socialist bailout that will put the nail in the economic coffin of this country, which is about to go down for the count. Coupled with the draconian so-called emergency orders of state governors, threatening to arrest anyone who leaves his or her home for "non-essential" reasons, what we have — as I wrote last week — is the making of a socialist/communist government takeover of the republic envisioned and created at great expense and risk by our Founding Fathers.

I say this not to brag or engage in "oneupsmanship" with regard to any pundit or activist group. Instead, I am relating pure, confirmable fact. What public-interest group, right or left, has taken the lead and sued the Chicoms with a class-action lawsuit seeking to have these criminals pay for the huge damage they have caused and continue to cause, in worsening degree each hour, to We the People? And it does not stop there! In a one two punch, my public-interest group, Freedom Watch, supported by many patriotic Americans such as yourselves, filed just a few days ago a criminal complaint with the International Criminal Court in The Hague, Netherlands.