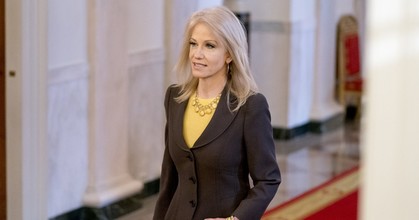 Conway, who was speaking about the White House's response to the coronavirus pandemic, pivoted to attack the mayor for not shutting down the city soon enough to halt the spread of the virus.

"I do think it's very disappointing that the mayor of New York City himself was riding the subway on March 5 and telling people to go out on the town on March 2," she argued, when Faulkner interrupted her to say, "Kellyanne, I'm going to stop you on the politics."