Klayman: Another True Conservative "Bites the Dust" at the Increasingly Left Leaning and Exploitative "Whore-Ish" Fox News!
Go to www.FreedomWatchUSA.org to Join and Support Our Leftist Media Strike Force! Share and Donate 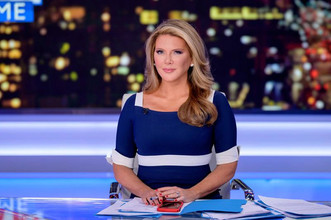 Fox parts ways with coronavirus-rant anchor Trish Regan
By Brian Niemietz
New York Daily News
March 28, 2020
Regan, who was one of the right-wing media empire's more aggressive conspiracy theorists during the rise of the coronavirus pandemic, has parted ways with the Fox "news" family. Earlier this month, she called reports on the rapidly growing threat to public health a plot to "impeach the president."

During that screed, she ranted "Many in the liberal media (are) using, and I mean using, coronavirus in an attempt to demonize and destroy the president."

More than 100,000 Americans have tested positive for the virus, which has killed nearly 27,000 people worldwide. No country has seen a higher number of infections than the U.S., where figures continue to rise.